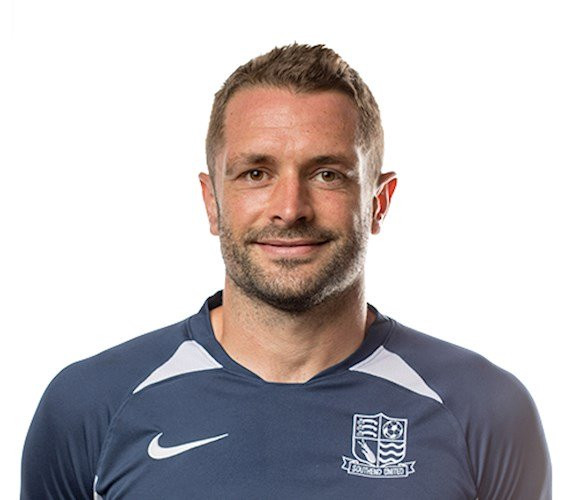 John White has been at Southend since 2013, with his biggest achievement to date being captain of the club as Blues won promotion to League One in 2015, although the end to the 2018/19 season comes close.

He had a short loan spell with Blues in 2009 and made six appearances before returning to Colchester. He moved permanently to Roots Hall in June 2013 following the expiration of his Colchester contract, initially signing a two-year deal.

White who has shown versatility to play anywhere across the defence, scored his first-ever professional goal during 2013/14, in a 2-2 draw against Scunthorpe United.

He now sees himself as an out-and-out centre back and continues to put in solid displays.

White made his 200th appearance for Blues in a 2-1 victory away to Burton Albion on Tuesday 2nd October.

He also played a crucial part in Southend’s dramatic survival in League One scoring the opening goal of the game against Sunderland on the final day of the 18/19 league season.