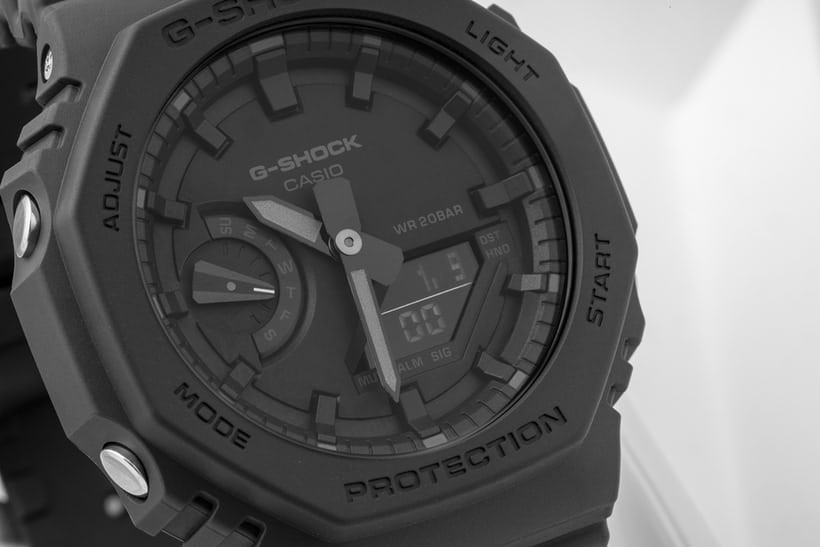 A G-Shock knows nothing of ostentation. It doesn’t care about the distinction of its wearer. It’s remarkably unfussy. There’s something about a G-Shock that goes against the core principles of purist watch obsessives: It works off a small circuit board, it’s made from tech-forward materials, and it was born in 1983, centuries after the era when the first watchmakers started writing the history of the mechanical timepiece.

And yet, the G-Shock GA2100 1-A-1 is perhaps the single G-Shock that’s most likely to convert people who don’t generally embrace the line of rugged watches.. And it does that all for £99.00. Historically, Casio has indulged in the frequent introduction of new G-Shock models. Since Kikuo Ibe introduced the hard-wearing watch to the world, the range of models has grown dramatically, with certain models spawning sub-followings within the larger G-Shock world, but the GA2100 1-A-1 has found popularity with folks beyond the typical G-Shock fanbase.

So how does this sub-£100 watch manage to charm like the best of them? To start, it’s the thinnest G-Shock currently in production. The case is 11.8mm tall, and even more, it wraps around the wrist in a way that makes it feel even thinner. Its plastic case is practically weightless if you’re used to wearing an even a modestly proportioned 316L case. By design, the strap is angled down so that there’s little room at any point between the 48.5mm case and the watch. There’s something else notable about the case, and that’s the Carbon Core Guard tech that’s incorporated. The case is constructed with a thin layer of carbon fiber in order to bolster its strength so the overall amount of material used in the case can be decreased, without sacrificing any sort of material strength. The Carbon Core Guard doesn’t change the feeling on the wrist, but it does inspire a sense of confidence that the watch would be fine even if it were run over by a car. There’s a reason why G-Shocks are often worn by military and law enforcement personnel.

Redditors and watch forums have also noticed something else about the case: Its octagonal bezel has similar dimensions to a popular but much more expensive watch whose name rhymes with “loyal bloke.” It wouldn’t surprise me if this design quirk has significantly contributed to the decreased stocks of the GA2100 1-A-1 online — the watch sells out regularly every time Casio has it in stock. There’s a sharp hint of comedy in the way these watches are in no way at all similar, but they’re tied together by a series of 8 congruent 135-degree angles — which has led to the GA-2100 being dubbed the “CasiOak” in online watch forums. (The bumpers on the side of the case have a little bit of the Nautilus about them, too, although that feature goes all the way back to the very first G-Shock, the DW-5000, from 1983).

With the GA2100 1-A-1, you get a series of complications like a perpetual calendar, chronograph, chiming alarm, world timer, and great lume to boot. Oh yeah, it also runs well within COSC specs. And servicing costs? Don’t even worry about it. You can take it off, throw it at a brick wall, and it will run just the same.

And what’s more, it’s still very much an analog piece in that it features a traditional dial layout. Casio, king of digital timekeeping, is still fighting the good fight when it comes to keeping analog alive with the GA2100 1-A-1. Sort of. There is a digital display on the southeast quadrant of the dial, and that’s where you can cycle through all the aforementioned functions. And of course, it lights up by pressing the clearly labeled “light” button at 2 o’clock. There’s even an analog day indicator at 9 o’clock.

This variant of the GA-2100 flies under the radar with a stealthed-out aesthetic featuring greyed hands against a dial that looks like it was 3D printed. The indices have enough dimensionality that it isn’t too difficult to tell the time, but if a decision was made to go with the ana-digi design, then it’s surprising to forego things that would make it easier to tell the time. But don’t worry, this is a G-Shock after all, and you can still display the time on the digital screen.

What makes the GA-2100 extremely compelling is that even among the G-Shock ranks, £99 is still the first stop on the way in (if you’re looking at list prices — we’ve seen this watch listed by re-sellers at triple list). It’s not only an affordable G-Shock, but it’s also the most affordable one in the entire range at £99, and that includes purely digital and ana-digi models.

The GA2100 1-A-1 doesn’t ask you for much and it returns more than you’ve put in. It does have its flaws, of course, legibility being chief among them — but it does what it needs to do with a bit of flair and personality. It isn’t good at everything, but it comes through when it counts. That’s about all you can ask of a watch, at any price. 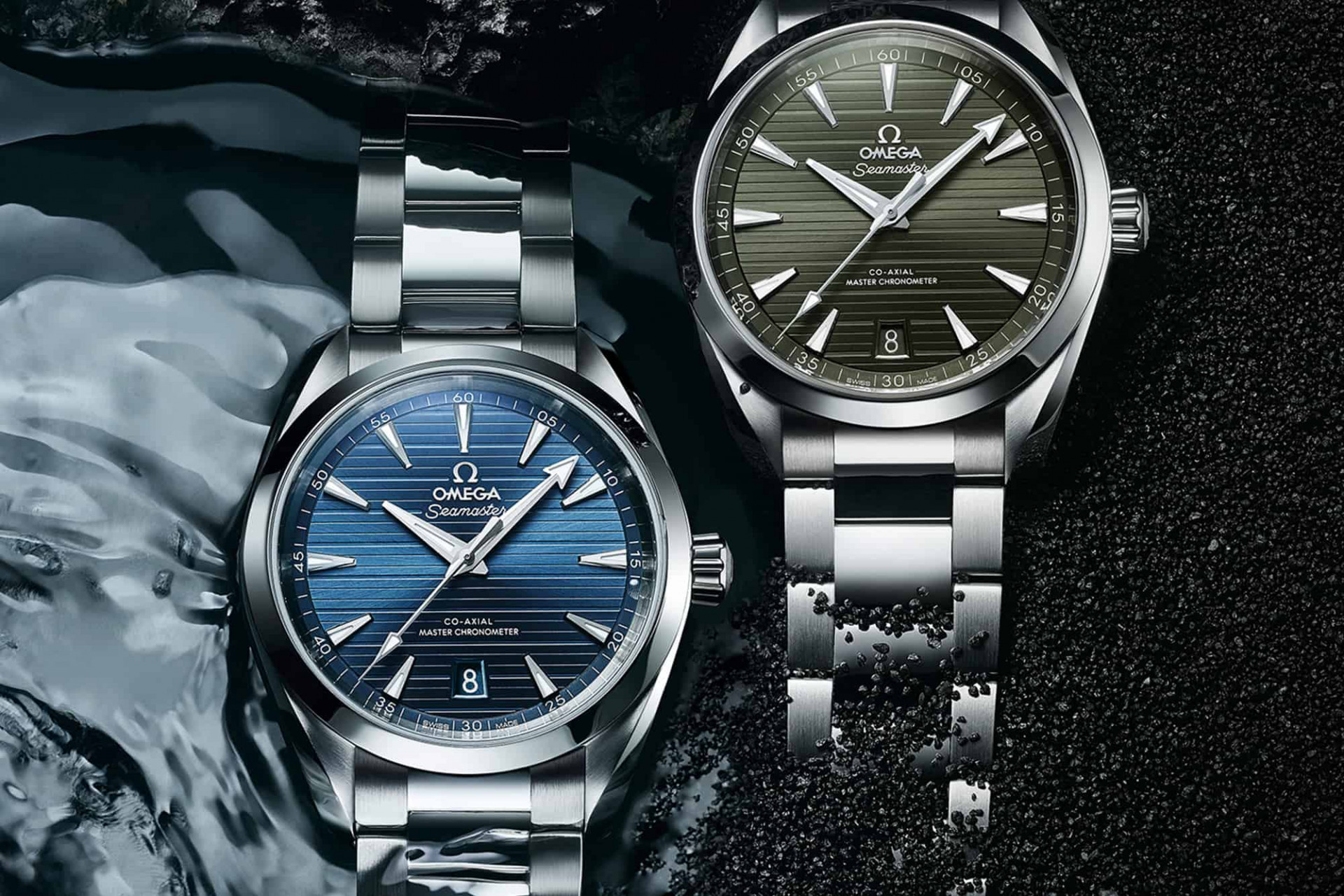 A Seamaster Suited to the Land: Omega Introduces New Versions of the Aqua Terra 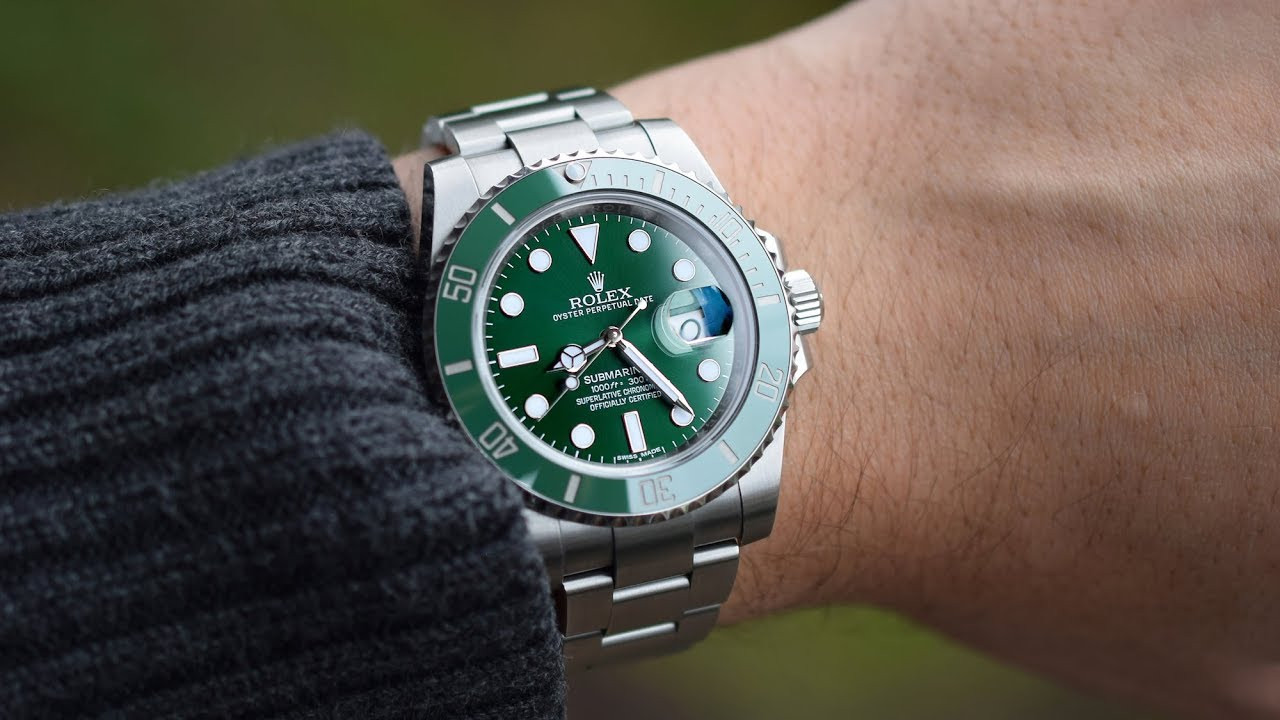 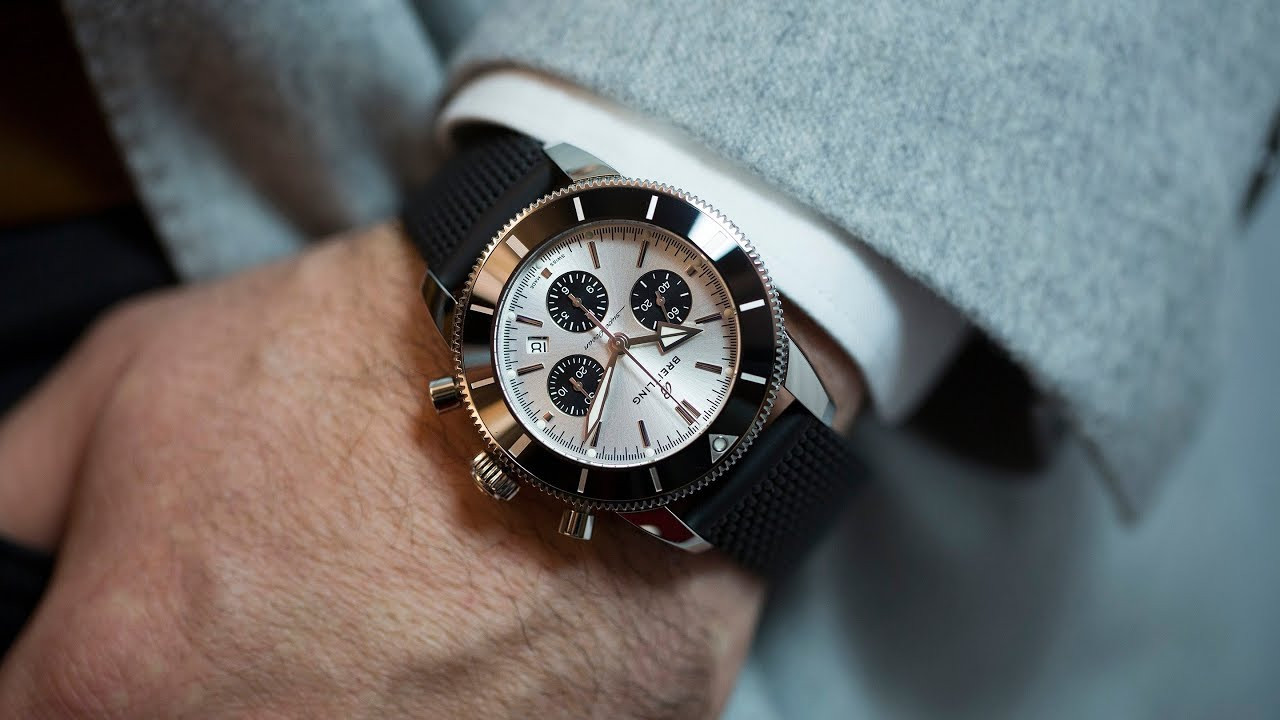