Omega Speedmaster Professional 3592.50 With Caliber 863 Buy one while you still can 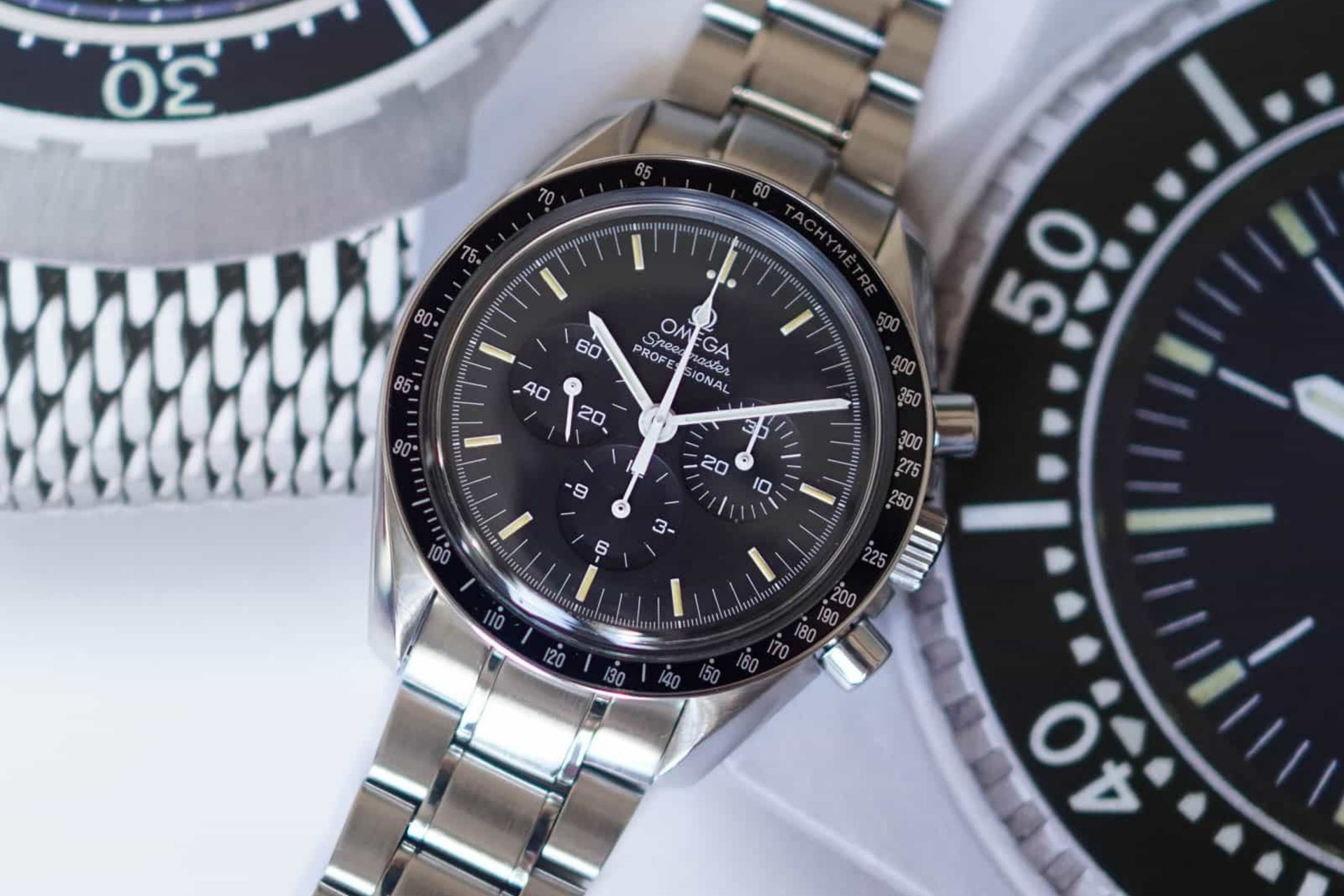 In recent months, we get more questions about the 1990s Speedmaster Professional watches than ever. The ones with tritium dials and hands, that tend to age nicely and turn yellow.

It is something I’ve been saying all along — the 1990s Moonwatch is the next best thing! You can still find them with boxes and papers, and they do look awesome with the tritium on the markers and in the hands turning yellow. Even more interesting perhaps, are the versions with display backs. A hesalite crystal on the dial and a sapphire case back — what a combo! This article is originally from 2016 (go figure), but in light of the recent requests we received for more information about these watches, I decided to revise the original article and add some more information to it.

Speedmasters With Display Back

In 1980, Omega introduced the first Speedmaster Professional with a display back. Generally speaking, such a watch was quite an uncommon thing at that time. However, it was only available for the 18-karat gold Speedmaster Professional Apollo XI numbered edition — reference 345.0802. That watch is powered by caliber 861L movement, similar to what later would become the caliber 1861.

That changed in 1985. Omega started using caliber 863, which was based on the Lemania 1873 movement. The first Speedmaster Professional to feature caliber 863 movement was reference 345.0808. This reference was produced between 1985 and 1988. It was a normal production watch, but every watch was numbered. In total, Omega produced 1,000 of these watches, with a copper finish caliber 863 movement beating away within.

Then, from 1988 onwards, Omega stopped using 345.0808 as the reference number and continued with its PIC coding system. That meant that from that moment on, Omega used 3592.50 as a reference number for this watch.

345.0808 was also still used but as a reference for the case (and not for the entire watch). This often confuses readers, we’ve noticed. That’s understandable. Especially when it isn’t all that changed! Around the same time, there was also a slight change to the movement. The caliber 863 now had a gilt (yellow) finish instead of copper.

When Omega introduced the 3592.50 with its gilt finished caliber 863, it was numbered to approximately 1,000 pieces (again). On the case back of these watches, you will find the “Apollo XI” engraved. That engraving was often defaced so the model could be sold as an Apollo XI 20th anniversary model (which it is not). This watch was produced till around 1990.

In 1997, Omega made some drastic changes to the Speedmaster Professional “Moonwatch” and went from the 359x.50 reference code to 357x.50. Omega calibers 1861 and 1863 were being used as well as a newer type of bracelet and Super-LumiNova instead of tritium.

Do you want to win an Omega Speedmaster? - Enter now to win - Click here.