Today, we’re facing off two of the music industry’s biggest names – the one and only Hova, AKA Jay-Z, is going to have his watches pitted against none other than Champagne Papi himself, Drake.

There’s going to be four rounds in this horological heavyweight showdown, spread across four different categories – dress watch to die for, modded and murdered out mayhem, weekend warrior, and deathblow, the ultimate flex piece.

Whose watches will come out on top in this installment of Celebrity Death Match? There’s only one way to find out.

Dress watch to die for: 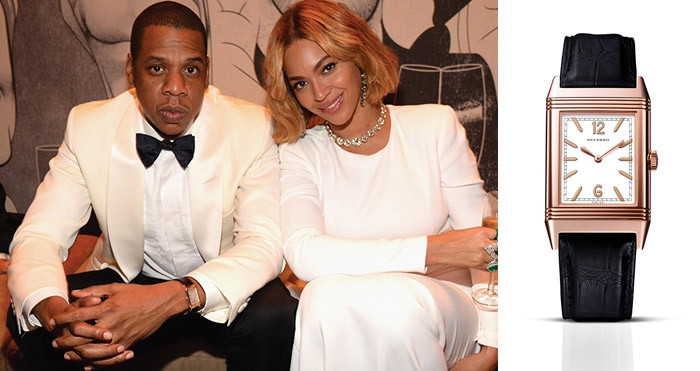 A more classic dress watch we struggle to think of. Jay-Z’s JLC is a straight-up killer choice for the myriad red carpets the hip hop mogul would find himself on. In fact, the Reverso, although not initially designed as a dress watch, today may well be one of the archetypal models of the genre. This Reverso, in particular, the uber-rare Ultra-Thin Tribute to 1931 Pink Gold Ref. 2782521, just oozes class. Big props to J-Hova. 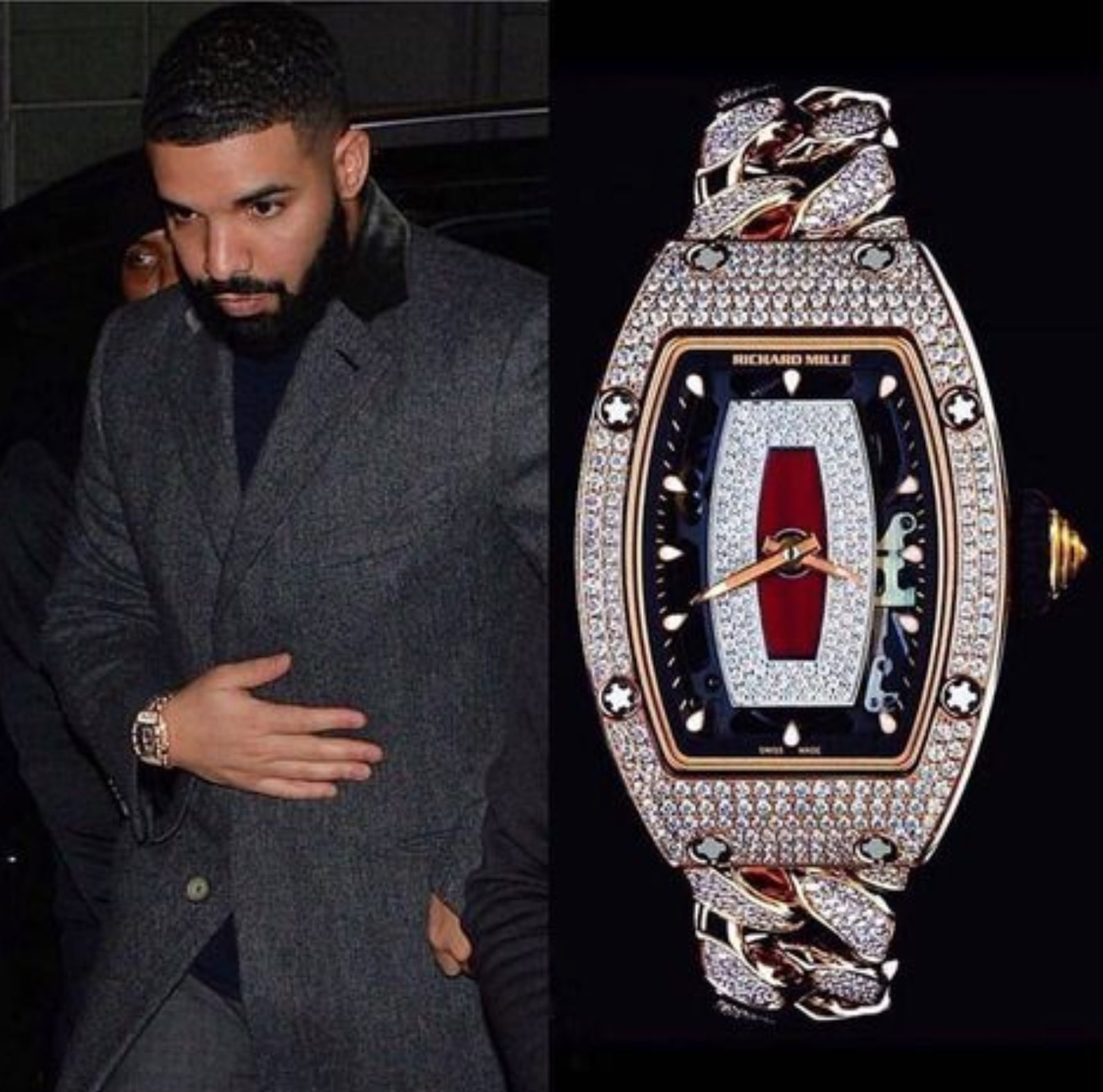 To use a very vogue exclamation… Oof. Talk about flamboyant dress watch, eh? Canadian megastar Drake really is, if you weren’t already aware, one of the strongest celebrity proponents of Richard Mille on the planet. This solid pink gold RM 07-01 is a provocative watch, thanks to its Cuban-style bracelet, full-factory diamond drip and overall feminine aesthetic. There aren’t many people on earth that can pull off this timepiece, especially in the context of a dress watch, but Champagne Papi rocks it with aplomb.

Modded and murdered out mayhem: 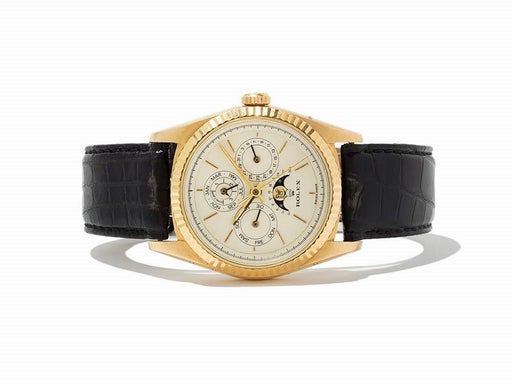 I have such a vivid and palpable hatred for almost modded watches in existence… but this one is different. Take one solid 18k gold Rolex Ref.16238, give it to the master of complications himself, Franck Muller, and what you end up with is the only Rolex Perpetual Calendar in the world. Back in the late ’80s, Muller made this one-off wonder for a dear friend, and now Jay-Z owns it. The historical importance of this watch cannot be understated and, once again, much like the aforementioned JLC, this timepiece offers a glimpse into the highly discerning nature of Jay-Z’s watch collection — the man hath some taste.

You know how I just said I despise pretty much all modified watches… well, this is why. What we have here is a gorgeous Patek Philippe Nautilus Annual Calendar Ref.5726, one of the nicest watches money can buy, and it’s been taken by a talentless CEO of a brand nobody is going to care about in a decade, and destroyed. This watch has about as much tact as a booze-fuelled brawl on Kuta Beach… that is to say, none at all. The gem setting looks haphazard, the all-black treatment is lazy, and all this watch says about Aubrey Drake Graham is that he’s got more money than sense.

Way back in 2013, Jay-Z (real name Shawn Carter) — as part of his collaborative installation with Barneys of New York, “A New York Holiday” — released this limited edition Shawn Carter By Hublot Classic Fusion. Finished in all-black ceramic with the Shawn Carter logo etched into the dial, partially exposing the manually wound manufacture Calibre HUB1300 movement, this is a pretty cool weekend beater, especially considering it’s got Jay’s own name printed on the dial.

I know, the concept of a solid 18k yellow gold, diamond-bezelled, diamond-dialed Rolex Day-Date as a daily beater is an overtly foreign concept to most of us, but when you’ve got an estimated net worth of a quarter of a billion Aussie dollars, a circa $130 grand Rolex is just a drop in the ocean. I’ve got to give Drake some kudos for this watch, it’s an all-time classic, and with the bezel and dial configuration, this Day-Date is actually a very hard watch to find. It’s also nice to see Drake rocking some with factory ice, as opposed to the aforementioned monstrosity.

When news and subsequent photos broke out onto the interwebs late last year that Jay-Z had rocked a Patek Philippe Grandmaster Chime Ref. 6300G to Sean “P.Diddy” Combs’ 50th birthday party, it shook the watch world to its core. I don’t care what you say, rocking a watch worth $3.8 million Aussie dollars to your mate’s birthday party is the ultimate flex… as is the watch. Arguably one of the finest timepieces ever constructed, this is the cherry on Jay-Z’s collection cake, the final pièce de résistance, and an unmatchable flex that exudes the very uppermost echelon of haute horology. What a watch, what a man.

It ain’t no Patek Philippe Grandmaster Chime Ref. 6300G, but Drake’s ultimate flex watch, this Richard Mille RM 69 Erotic Tourbillon, is still a unique piece of watchmaking. Not only has the extroverted timepiece’s tourbillon movement been co-developed with Audemars Piguet Renaud & Papi, it also features what Richard Mille calls the “Oracle” complication, which is a mechanism that sees the rotation of three grade 5 titanium engraved tablets, which each display a word with a palpable level of innuendo. This RM presents as a real dichotomy – on the one hand, the message presented on the dial is almost laughable, but both the movement behind the absurd dial, as well as the watch’s price (well over $1,000,000 AUD) are about as serious as it gets. One thing’s for sure, though, you’ve got to have quite the ego to strap this amatory device to your wrist.

So, there you have it, Jay-Z has emerged victorious from this horological fight to the death, his far superior taste for timepieces wholeheartedly trounced Drake’s affinity for RM… I wonder who will be next on the hit list?